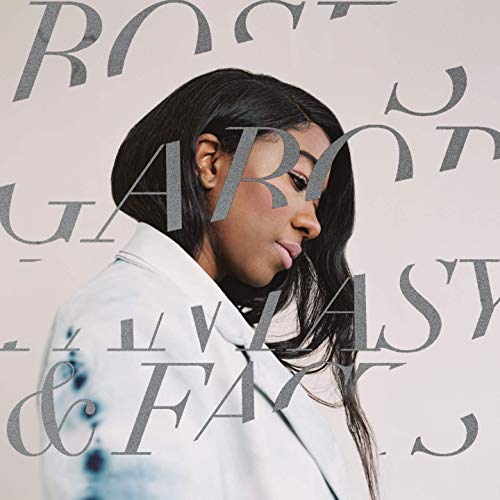 Set adrift on modern bliss. That is the magical realm in which UK R&B super talent Roses Gabor’s debut album ‘Fantasy & Facts’ exists. Upon hearing Roses Gabor for the first time on Radio 1Xtra’s Mista jam show, (whilst huffing and puffing on the verge of collapse on the treadmill, after running for 2 miles!) ‘I could be yours’ drifted out of my earphones and floated into my brain with its feather light touch and dreamy vocals, and oddly it had the exact same impact on me as when I first heard Dizzee Rascal’s ‘I luv u.’ Ok I was in Kavos, Greece when I heard the latter and dripping in sweat down my local gym when I heard the former, but the feeling was exactly the same as 16 years ago.

As ‘I Could Be Yours’ culminated in its ethereal and earthy tones accentuated with Indian soundbites, I stopped the treadmill and stood very still entranced by what I was hearing – Who IS this? WHAT is this? Is it from this era?! Is it of this earth?? I thought to myself. As soon as I left the gym I was eye balling Mista jam’s playlist for the name of the artist (which I somehow always miss!) and had been on ‘Roses watch’ ever since, impatiently waiting for the elusive debut album and making do with Roses Gabor’s equally brilliant Spotify discography in the interim.

Practically once a week I was doing the adult version of “Are we there yet?” looking at Roses’ twitter page asking myself “Is it here yet??” Not since Kano’s ‘Made In The Manor’ had I anticipated an album so much, and finally on the 22nd February 2019 the wait was over. Ms. Roses’ Gabor’s debut album ‘Fantasy & Facts’ is here, and it is a mass of floating clouds made of candy floss drifting under edible skittles flavoured rainbows, floating towards a faraway never-never land where sunflowers sing and birds beautify you upon arrival with crowns made of ivory entwined with bluebells. ‘Fantasy & Facts’ really does play like the dream you never want to awaken from in places, and a slightly macabre twisted fantasy in others.

The opener ‘Rush’ sounds like a psychedelic love fest with syrup sliding seductively down the track as it drips sauce while it plays, the instrumental harks back to the 1990’s R&B ‘Red Light Special’ era tracks, with Roses’ airy vocals keeping the track from sounding dated. ‘F*ck Up The Bass’ is a minimalist track allowing Roses’ breathy vocals to float over the space age synths becoming more pronounced at its chorus. The superb duet with 2017 Mercury prize winner Sampha, is a mid-tempo snap, clap rhythm, about a relationship which has soured, the concept of a rocky relationship is flipped on its head, when Roses pleads with Sampha to pretend he never really loved her to make it easier for her to break emotional ties, without suffering the inevitable pain of a breakup, while Sampha remains confused throughout about the ideal solution to the situation.

A pleasant surprise on the album is the house/disco infused club interlude ‘Turkish Delight’, which wouldn’t go amiss playing from Café Mambo on the paradise isle of Ibiza, at the famed sunset strip (Put this on your playlist Pacha!) The track could be renamed sunny delight, as it shines an alternative sonic within the context of the album and serves to radiate the album in its entirety as it gleams with greatness. ‘Feels Roll N Burns’ is a classic bittersweet dramatic love ballad, it has a nostalgic 80’s electric guitar and synths, reminiscent of Prince’s ‘Purple Rain.’ We also have the crash of drums adding dramatic effect on the chorus, as Roses’ signature airy tone becomes tinged with sadness, as her vocal becomes pained and vulnerable. ‘Feels Roll N Burn’ is Roses’ broken hearted ballad, and it is perfection.

‘Awkward Desire’ is a moody trip hop interlude with Roses singing bewitchingly over the chilled out double time beat. The ‘Awkward Desire’ interlude seems to signify a darker direction on the ‘Fantasy & Facts’ album, as we are introduced to tubular percussion which feels all-encompassing on follow-up track ‘ETIT’, as Roses vocals languish in an eerie yet delicate cautionary tale, as she sings “Maybe I’m poison and you should know, now April falls like no one knows.” Interestingly the track closes with an African chant, alluding to the fact Roses is a fan of using ethnically rich sound bites in her music, as this is the second time we hear this influence on the album.

We stay dark and moody on the track ‘Stuff’ which contains a singular low-key atmospheric horn. The track is one all of us women can relate to, your man annoys you and in the heat of the moment you snap and say things you didn’t mean, and later full of regret you turn to your man and say “Could’ve been the planets, could’ve been my hormones, baby how we gonna fix it, when I don’t know the words to say.” As with the previous track, Roses’ vocals here are beguiling and hypnotic.

Penultimate track ‘Perfect Magnitude’ is the most multifaceted track on the album and also the song where Roses has the room to show off her vocal range. Beginning with a quiet acoustic guitar which is later joined by a distorted electronic sphere like sound, Roses sings melancholically about a love that was a “Pretty picture of perfect magnitude, what I thought we could be, overcome by your subtle darkness, my light is not bright enough with you at all; anymore.” A little more than half way through, the track picks up pace and morphs into a drum and bass track, with Roses flexing her lyrical acrobatics with stunning ad-libs which glide over the track. The song is a mini masterpiece in and of itself, unfolding like an ill-fated fairy-tale fable of beauty and tragedy.

The album’s closing track ‘The Room’ feels like walking out of one room where the thorny fable of ‘Perfect Magnitude’ was recited to us moments before, and walking into another room where the luminous glow of this closing track awaits to bathe us in warmth, pouring through the open windows touching our souls with its gentle and slightly shape shifting instrumental, wrapped in Roses’ angelically feminine vocals, as Roses sings about fresh starts and writing melodies, which she does oh SO well.

Roses Gabor has crafted a perfect package of electronic led soul, emotive yet quirky ballads and pure R&B whilst experimenting with house, drum and bass and trip hop. Roses’ has executed this unique blend of genres excellently, so much so, that I’m now inclined to give her the title – the UK’s ‘Electric Barbarella’, as she meanders in a meadow somewhere, in another dimension where iridescent golden butterflies are instinctively drawn to her otherworldly aura, as they gather to make a crown atop her head, dancing gently around her, as she strolls blissfully into the twilight night.